PageRank is NOT Dead

No matter what you may think, PageRank is not dead. In the past, the PageRank metric (used as one factor in Google's algorithm to determine your page's ranking for certain keyword searches), used to go through regular public updates, usually two to four times a year, and Google released that PR number publicly. It was a 0 to 10 numeric rating of how important and relevant Google considered a website's page. Recently, Google decided to stop reporting it publicly. But that doesn’t mean that they aren’t still using it as a ranking metric, they are simply keeping it to themselves to use, along with other metrics, to make up its ranking algorithm.

See the following post from Friday Sept 23, 2016 on the Google Webmaster Central Blog in which the Google Search Ranking Team says PageRank is still used as a ranking signal: "These signals include things like the specific words that appear on websites, the freshness of content, your region and PageRank.

So even though you won’t be able to see it update, the page ranking will still be there. So now its more important than ever to check all the metrics for your site to make sure you are implementing good SEO best practices, and continually improving your stats over time.

That’s where CheckPageRank.net can come in handy. Our new cPR metric (launching before Oct 31st 2016) will be the latest authority number (0 to 10) that weighs together other important ranking metrics with our proprietary algorithm, much like Google has been doing, to come up with a number much like what the old PageRank used to be. So you will still be able to see how your site is ranking against similar sites so you can optimize it to get the best ranking and gain more traffic. The best thing is, you can keep coming back to check on your progress and know that you’ll get the most accurate results because we use several metrics to calculate your cPR Score and provide you with the most precise results possible to help you improve your website. 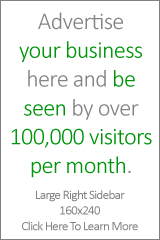